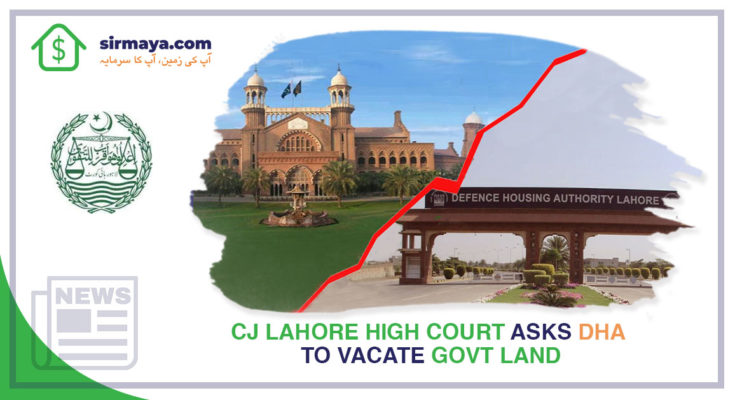 Moreover, he directed CCPO Lahore to instruct SHOs to file FIRs on illegal occupations against DHA. Further, Chief Justice Khan heard petitions of three citizens seeking an order against the DHA not to disturb their lawful possession of 300 to 400 kanals. Which they had obtained on lease from Evacuee Trust Property Board (ETPB).

Further, CJ came hard against DHA illegal occupations during the hearing. The chief justice said, “the authority had made laws of their own choices and no one dares ask them.”

Furthermore, “They should stop playing havoc with the country. Uniform does not mean that they have got the license to occupy people’s properties. They grab citizens’ properties whimsically,” he remarked.

Likewise, addressing CCPO, he said that DHA is looting and “you should quit if you are afraid of them.”

The Lawyer representing the DHA argued that the Supreme Court decided the matter in 2018. While the land was still in DHA’s possession, so how could the ETPB award it on lease.

“They (DHA) have also illegally occupied 50 kanals of the Lahore High Court and I will have an FIR lodged against the DHA. Everyone is equal before the law. Men in uniform could not escape from crime. I am directing my registrar to write to the chief to inform him what they (DHA) are doing here,” CJ Khan said.

The counsel for the petitioner, advocate Asif Imran Awan pointed out that no reply regarding petitions submitted by the DHA.

At this point, the CJ said “I know how to make them submit their reply. It is not their job to grab citizens’ land and properties. They are meant to serve the nation.” “Do they appoint serving or retired officers in the DHA?” he asked the counsel of DHA. The counsel told the court that retired officers served in the housing scheme and the administrator was a serving officer.

Further, he directed CCPO to appear before the court, and “If CCPO fears, ask him to send his IGP instead.” CCPO Ghulam Mehmood Dogar appeared before the court. The court will resume hearing today. 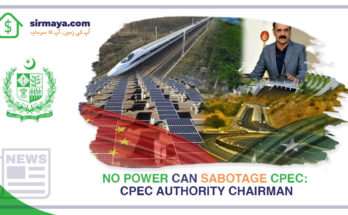 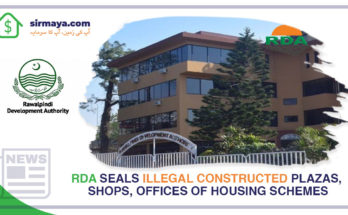 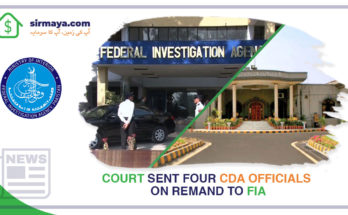