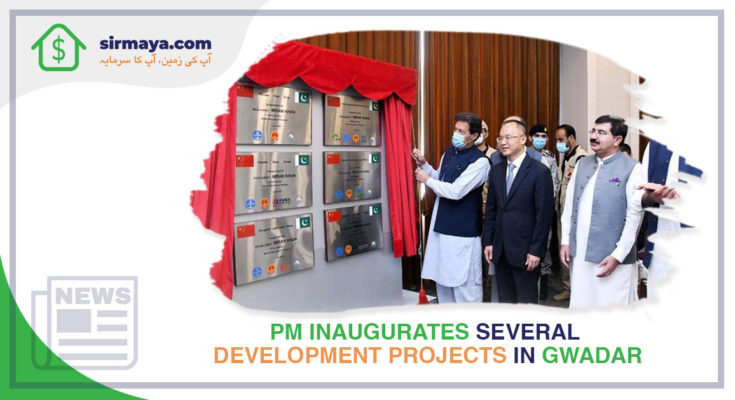 Islamabad/Gwadar: According to a news source, on Monday, Prime Minister Imran Khan visited Baluchistan. He said that 4000 applications have so far been received from Gwadar for the low-cost housing scheme. And the government will construct 2,500 housing units on 200 acres of land. Further, he said 4698 youth will be given scholarships under Ehsaas Program. He announced to provide 3-G and 4-G internet connectivity across the province.

Addressing the launch of development projects and the signing ceremony of Memoranda of Understanding here in the port city. The prime minister said Gwadar would open up new avenues of opportunities for regional trade. Prime Minister Imran Khan also said the future belongs to Gwadar. Since it would emerge as the ‘focal point of development ‘, ensuring the prosperity of the entire country.

The prime minister who arrived in Gwadar on a day-long visit inaugurated the first phase of the Gwadar Free Zone. Besides performing the groundbreaking of the second phase spread at 2,200 acres and opening of three factories.

Further, the prime minister said his vision of an emerging Pakistan was a steadfast nation that was committed to the prosperity of the country. He said the government was focused on ensuring the provision of basic amenities including clean water and electricity to encourage industrialization.

Furthermore, he said the recently announced Rs730 billion development budget by the federal government for Balochistan was historic. That aimed at uplifting the province and mitigating the longstanding deprivation of its people. “No country can progress unless it mainstreams all its areas. And ensure development across the board,” he said.

Likewise, he said a one-window operation was in progress to facilitate the investors. He also urged upon the provincial governments to ensure proper servicing of investors. The subject moved to them after the passage of the 18the Amendment.

Imran Khan thanked the government of China for launching water and solar projects in Balochistan, particularly Gwadar. “Pakistan can benefit from its strategic location and also from the expertise of its friend China. Which is becoming an economic power in the region,” he said.

Balochistan Chief Minister Jam Kamal Khan said the provincial government had been collaborating with the CPEC Authority to resolve the issues of customs.

He said the Public Sector Development Programme (PSDP) for the current fiscal year covered the entire Balochistan. Further, he mentioned that the extension of Gwadar Hospital up to 200 beds, construction of the first university in Gwadar, border markets and uplift of villages were on the cards.

Chinese Ambassador Nong Rong said the cooperation between the governments of Pakistan and China had led several projects to see the light of the day. Moreover, he said over the past eight years, the two countries accelerated their pace on several projects. Related to civic amenities, particularly clean water and solar plants. He said Gwadar was a showcase of the Chinese solution and model for Pakistan’s development.

By taking a comprehensive way of development, Gwadar Port will turn into a business hub. He said, adding that China would continue to extend support for a shared future with Pakistan.

Chairman CPEC Authority Lt Gen (r) Asim Saleem Bajwa said the Gwadar Free Zone spread at 60 acres had been completed were 46 enterprises were operational. He said now, the groundbreaking of the second phase at the vast 2200 acres starting today. It would usher in a new era of prosperity in Gwadar and Balochistan.

Further, he said several significant development projects were in progress including the Gwadar International Airport and Vocational Institute to develop the skills of the locals.

Earlier, the prime minister before landing at the Gwadar Airport took an aerial view of the infrastructure built at the seaport including the Expressway.

With their respective ambassadors present at a ceremony, the regional countries showed their support for the development of Pakistan’s port city.

Prime Minister Imran Khan on the occasion also witnessed the signing of two Memoranda of Understanding with the government of China for carrying out development projects in Gwadar.

The accords included the implementation agreement on setting up of 1.2 MGD desalination plant to resolve the shortage of drinking water for the residents of Gwadar.

Other agreements included China’s grant for solar generators for South Balochistan. And the groundbreaking of North Gwadar Free Zone and Enterprises. 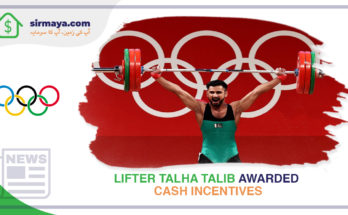 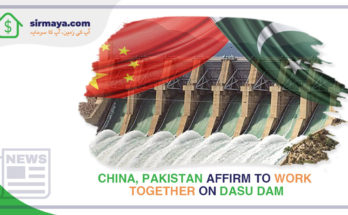 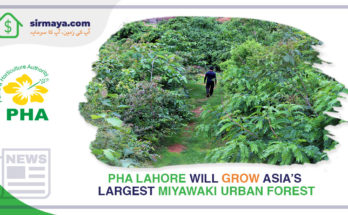