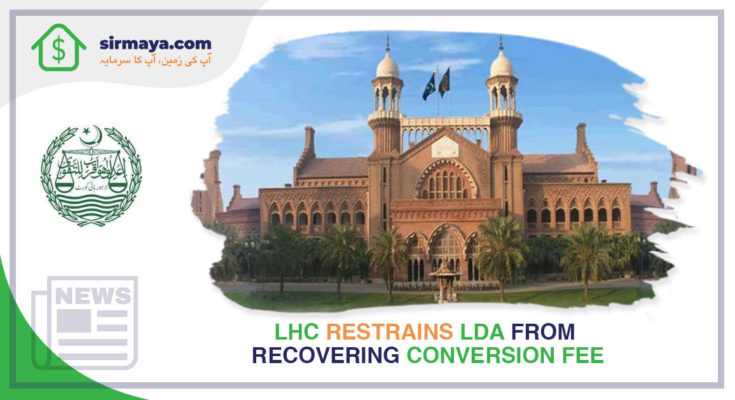 Lahore: According to a news source, the Lahore High Court (LHC) on Friday declared that the Lahore Development Authority (LDA) could not recover conversion fees from MM Alam Road, Jail Road, Main Boulevard Road, Zafar Ali Road and certain other areas which it had already declared commercial.

Further, Justice Ayesha A Malik passed the orders while allowing 73 petitions, filed between 2014 and 2020, challenging the imposition of conversion fee on properties located at the aforesaid commercial roads and other areas.

The Court Announced the Verdict

The court announced the verdict in open court, which it had reserved on petitions after hearing detailed arguments in December last.

In its detailed order issued here, the court held that the demand for a one-time conversion fee was not justified as per Section 28 of the LDA Act and its mandate. “Consequently, the demand notices raised and the public advertisement issued in newspapers, cannot form the basis to collect conversion fees from an area which is already declared commercial,” it added.

However, the court clarified that LDA would first issue notice to the petitioners and grant a right of hearing to justify the demand for conversion fee based on land use classification if the properties did not fall in the said commercial areas.

Section 28 of the LDA Act

The court observed that as per Section 28 of the LDA Act if the authority wanted to raise funds to meet the cost of planning, expansion, development and conversion of any property in any present or future scheme, it must declare the incurred cost to maintain good governance and transparency.

Earlier, in final arguments, the petitioners’ counsel questioned notices of the LDA for payment of conversion fee at the rate of 20 percent of the commercial value of the property and argued that the step was arbitrary and did not fall within the mandate of Section 28 of the LDA Act.

Also, they submitted that there was no justification for charging one-time conversion fees from their clients for carrying out business activities on their properties as they were doing business at their properties for a long time and had been paying commercialization fees.

They further argued that the petitioners should not be asked to pay conversion fees as their properties were located at roads that had already been declared commercial, adding that it was also not financially viable to pay the conversion fee.

He argued that the Authority could charge conversion fees on the basis of Section 28 of the LDA Act read with Rule 28 of the 2014 Rules as it carried out most of the development works in the Lahore Division with the help of WASA and TEPA.

He further submitted that Lahore Development Authority Land Use Rules, 2014 had been repealed by the Lahore Development Authority Land Use Rules, 2020 and many of the pending Petitions had become infructuous due to it. “The 2020 Rules have once again introduced the concept of temporary commercialization, hence for those Petitioners who are aggrieved by permanent conversion, the option of availing temporary commercialization is once again available”, he added. However, LDA’s counsel requested that the matter be decided on its merit to settle the long-standing issue. 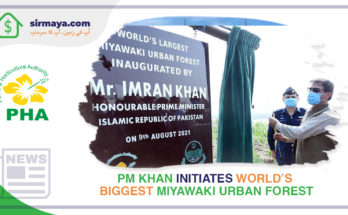 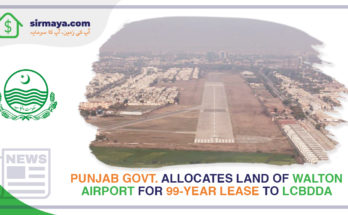 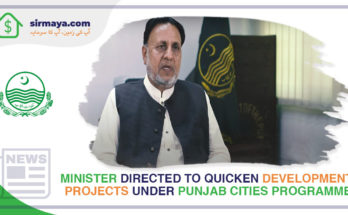