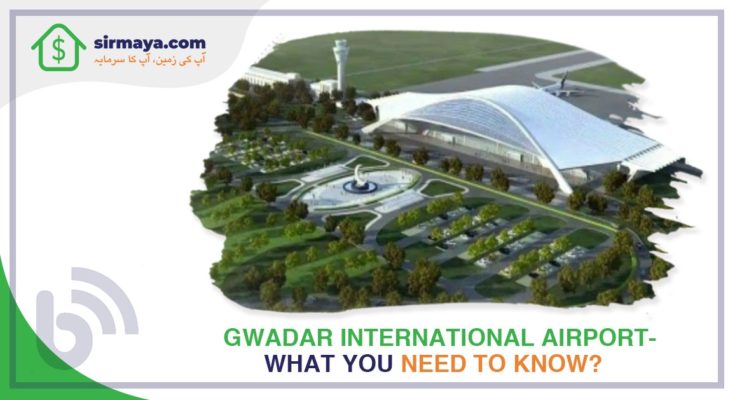 Pakistan’s economic activity has slowed down in recent years. However, the importance of Gwadar port and Gwadar international airport to Pakistan’s economy is growing. The following blog discusses how Pakistan can derive a lot of benefits from Gwadar port and its airport. When it comes to Pakistan a lot of people around the world have a negative perspective. Their minds tend to drift towards terrorism, sectarian violence, and authoritarian regimes. But is there more to Gwadar airport than meets the eye and could this be another sign that democracy could spread in Pakistan?

Why Gwadar International Airport Is Significant For Pakistan?

You have probably heard of Gwadar airport in Pakistan, but you don’t know why it is so important – right? Today you will find out why it is a crucial part of Pakistan’s future economy. The reason for such great public attention to this project is not only the matter of prestige but also the immense significance associated with it. There are numerous indicators for us from history to the economy. These indicators help in understanding and evaluating where the nation is going to go.

History of the City:

Gwadar is a port city and soon-to-be natural deep water seaport on the Arabian Sea. The city is located in the Pakistani province of Balochistan, close to the border with Iran. The development of the new airport is significant for not just Gwadar but the surrounding region of Pakistan and South Asia as a whole. Gwadar will become an economical hub for China, Central Asia, and South Asia. It will fulfil China’s goal of building the New Silk Road. The development at Gwadar will start from scratch as it has been only a port and fish harbour as of now.

Balochistan has long been known as Pakistan’s “key to Central Asia”, but it is also the region where Pakistan has lost a good deal of its land and territory due to persistent attacks by militants and separatists. In order to secure this land, ensure greater security in the region, and prevent any further losses, it is in the best interests of Pakistan to improve the Gwadar Port and turn it into a magnificent example of the country’s modern-day prowess in infrastructure development. The airport will then hopefully amplify this powerful symbol of economic vitality and cultural cooperation between China and Pakistan

Gwadar port city (Balochistan province, Pakistan) was developed with Chinese investment. China has become a great partner in Pakistan’s economic sector. Now China and Pakistan are connecting more through Gwadar international airport. This airport is so much important for Pakistan that will change the economy of Pakistan. Now we can say that Gwadar port city and its airport is the most important part of China-Pakistan’s economic tangent.

A Sea Of Change in the Pak-China Economic Corridor

Gwadar International Airport plans to bring about a sea of change in China Pakistan Economic Corridor (CPEC). The airport will help jump-start the process of trade and commerce throughout the region. Early reports state that the opportunity will increase trade within Pakistan by 55% and improve foreign investment by 200%. No one can ignore the significance of Gwadar international airport. It is one of the biggest developments to hit Pakistan in decades, and one of its kind in the world. Gwadar is a port that remains open in the high-sea season while the mainland ports remain closed. It is indeed a significant achievement by the government, aided by the Chinese government since 2006. A new airport in Gwadar not only brings an air of hope to this underdeveloped area but also acts as a catalyst for development in other areas.

Cost of the Project:

The construction work on the airport started in 2016. It will complete in two years by 2023. The total cost of this project is $230 million. Pakistan’s National Logistic Cell (NLC) will fund this project. This airport will be constructed on 8,000 acres of land.

It contains an international terminal, cargo terminal, and domestic terminal. It also contains two runways with a length of 2,700 meters each. This airport has a capacity to accommodate 250 passengers at a time. It can handle 500,000 passengers and 60,000 tons of cargo annually. After completion, this airport will be able to handle Boeing 747 and C-130 aircraft. This project it will boost Pakistan’s economy by bringing Chinese investors after completion.

The city is known as the “Makran Pearl” due to its high potential for commercial development. Gwadar is the most vibrant city in Balochistan and its economy. It is also a trade and industrial centre. Gwadar logistics base will cater for the trade above the Western Corridor and North-South Transportation Corridor. The development work on the port and free zone will give new impetus to the socio-economic development of Gwadar city. LCCI designate the Gwadar port city as the top revenue-generating port under China Pakistan Economic Corridor (CPEC) projects.

The Gwadar deep-sea port is under development to facilitate trade activities with China and Central Asian countries. The Gwadar Port will emerge as a focal point for the China-Pakistan Economic Corridor (CPEC). It will increase trade between China and Pakistan, as well as other countries.

Once operational in 2018, GBAD can serve as an air transport hub for passenger and cargo planes. It is located in the Balochistan province on the Arabian Sea coast of Pakistan. The Gwadar international airport will connect China’s northwestern Xinjiang region with South Asia. Take-offs and landings will include China-Pakistan Economic Corridor (CPEC) projects planned in Gwadar.

Gwadar will play a vital role in the economic progress of Pakistan. The Chinese foreign minister has already said that this economic corridor is similar to Hong Kong and Macao when they were first opened to China. This is no small statement; it means that Gwadar can be the beginning of a new dawn for the entire region, and already provides an excellent opportunity to create a trade route between Asia and Europe.

Gwadar Port is a key component of CPEC. It considers a flagship project of BRI. This project will create jobs for locals and non-locals. It is a great initiative by the Pakistani government to develop Gwadar airport. Gwadar international airport will help to increase people flow in the region after completion.

Gwadar has had a population of about 80,000 for several years. This city grew very fast and is open to any kind of development and progress. We can say that Gwadar is a lucky point for Pakistan. Gwadar International Airport will play a major part in the development of infrastructure in Pakistan. The new airport will strengthen Pakistan’s position as a future aviation hub. It will also reduce the country’s dependence on other regional airports, shorten flight distances and reduce fuel costs. As a result, it can be expected that air traffic will increase significantly in the coming years which will lead to increased economic activity.

At the end of the day, Gwadar international airport has enormous potential. We’re eager to see how everything turns out. Pakistan has suffered from poor economic growth over the past few years. It’s good to see that there are some development projects already underway to improve this situation. Of all the money and investments going into Gwadar, it’s probably safe to say that the airport will have the greatest impact. However, it still remains to observe whether or not China will actually follow through on its commitments. It’s worth mentioning that there are other impressive projects in place as well, including a China-Pakistan Friendship Economic Corridor (CPEC) project to rebuild the Karakoram Highway, which may turn out to be just as significant.

Visit Sirmaya.com to read more interesting blogs. If you see Gwadar as a lucrative investment opportunity and wanted to buy a plot or house for sale. Let us know! We will assist you in buying residential and commercial properties in Gwadar. 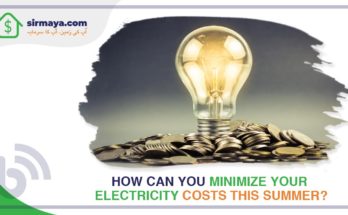 How Can You Minimize Your Electricity Costs This Summer? 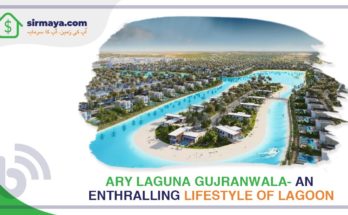 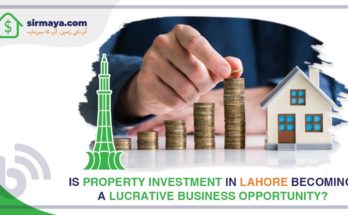